Bryan Kelley serves as the CEO—Chief Empowerment Officer as we like to call it—of the Prison Entrepreneurship Program (PEP). Before his current position, Bryan has been a consummate servant-leader in many roles for PEP: Peer Educator, Executive Judge, Business Plan Advisor, Mentor, Character Coach, Transition Coordinator, Case Manager, and Executive Relations Manager to name a few. He has also been a conduit of innovation, wise stewardship, and fun when performing other tasks such as property manager, eSchool instructor, public speaker, event coordinator, volunteer recruiter, fundraiser, and friend-raiser.

Bryan has been a part of our organization since 2007 and graduated with Class 21 at the Cleveland Unit where he was voted “Mr. PEP.” He joined our staff shortly after his fresh start in 2014 and has earned his way up the ladder of our family with integrity and execution. Bryan knows well both sides of the fence and can bridge the razor wire gap—and communicate a message of hope and love—as well as anyone. PEP’s 10 Driving Values are definitely in his DNA.

Bryan has a BS in psychology from Sam Houston State University. He has been a business owner and is currently serving on the governing board of another nonprofit organization that helps released felons secure much-needed clothing upon release. He is an active member of Watermark Community Church in Dallas, Texas, where he volunteers on the External Focus Team, specializing in prison ministry. He has also become a passionate prison-reform advocate giving voice to those who wear the scarlet letter of ex-felon. Each day, Bryan models the blessed hope of what it can mean when one lives out the mission of PEP.

Phi Tran serves as Chief Operating Officer. Phi is PEP’s longest serving employee, integral in the creation of the program’s back-end services (financial management, receipting, audits, database and technology systems, etc.) He is primarily responsible for building out and managing all of our re-entry and reintegration services.

Phi has worked for PEP since October 2004 and has served in many different capacities over the last six years, beginning with design and development of a comprehensive database for case management. He actively manages PEP’s in-prison programs as well as chairing all of management meetings for the organization.

Phi brings to PEP a diverse entrepreneurial background with multiple successful ventures in industries ranging from technology distribution to entertainment. He was the founder and owner of JDP Production, an organizer of entertainment events. Previously, he founded and owned a company called Panorama, a storefront selling Japanese animation products. The business rented videos to a 600-member customer base and sold related products, generating monthly sales of up to $30,000 over two years. Phi holds a Bachelors Degree in Accounting at the University of Houston. 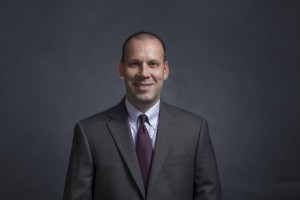 Tim Hamilton serves as Chief Financial Officer and is responsible for PEP’s fiscal management as well as that of our for-profit venture, Auto-Lab of Texas. He has worked in public accounting, both with a national firm and with a sole practitioner. In both practices, Tim’s client base was almost entirely entrepreneurial businesses – owners who need hands-on financial expertise to solve day-to-day problems including financing, bonding, accounting controls and automated systems.

He has also worked as a small business consultant in the Dallas Minority Business Development Center, a U.S. Department of Commerce initiative. Tim owns Rock Pointe Financial Services to provide accounting and financial services to individuals and small businesses. Both with unit campus teaching and post-release consulting, Tim’s personal and financial experiences are a great match with our participants’ needs. Tim holds BS and MS degrees in Accounting from the University of North Texas and received his CPA license in 1986.

Al Massey is our Executive Relations Manager in Houston responsible for coordinating monthly events at the Oliver J. Bell Unit (Cleveland) and recruiting prospective volunteers and supporters through meetings and public speaking engagements.

Jonathan Goodale (Jon) began volunteering with PEP in 2012 and has participated in over 100 events. Jon has served on the Advisory Council for PEP in both Houston and North Texas. After retiring with over 40 years of domestic and international experience with both independent and major oil companies in 2011, Jon developed an executive coaching business for Christian CEOs in Houston. Jon’s passion for transforming the lives of incarcerated men led him to transition from volunteer and advisory council member to the Executive Relations Manager in North Texas. Jon has extensive business experience in management, organization, and managerial accounting.

Jon and his family are members at Watermark Community Church in Dallas and serve at the Watermark UrgentCare medical clinic in Plano as volunteers.

In addition to volunteering with PEP and Watermark, Jon has served in the following roles:

In his free time, Jon is a Colonel in the Commemorative Air Force and enjoys genealogy and golf.

Mr. PAT GOTCHER, CHAIRMAN OF THE BOARD

In addition to the classroom leaders from our staff and servant leaders, we also rely on a number of other individuals for their expertise and assistance with specific parts of our curriculum.